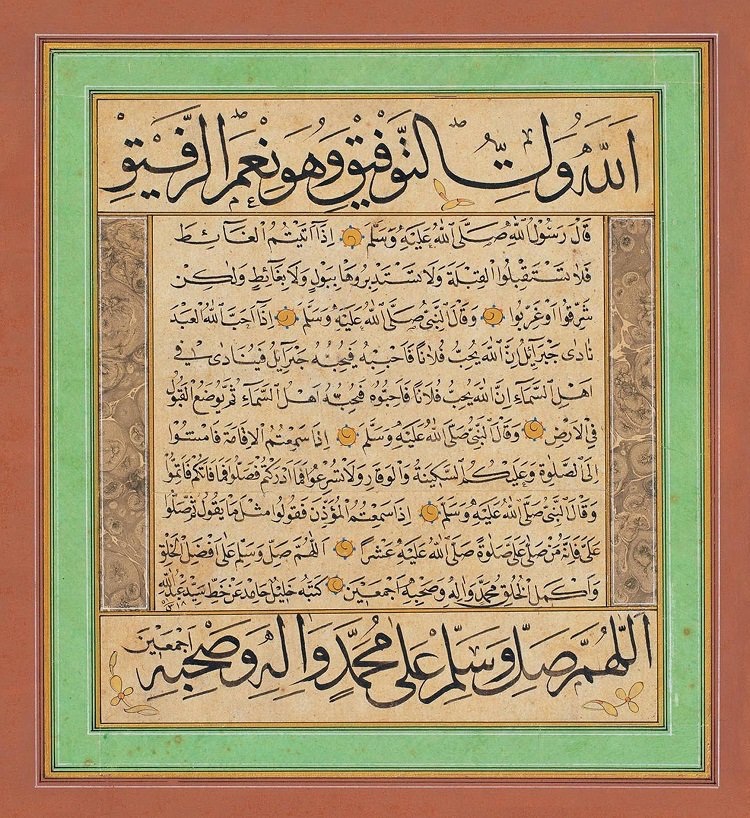 An individual asked the following question:

There are many Muslims living and working in countries where there is widespread immodesty. Avoiding interaction with non-Mahram females is almost impossible for them. What should they do to avoid sins of the eyes?

‘This is a big problem nowadays, no doubt, even in some Muslim countries.

Two things need to be avoided:

1. Intentionally looking at non-Mahram females with the intention to derive pleasure

2. Intentionally thinking about non-Mahram females with the intention to derive pleasure.

Two things are needed to achieve this:

1. Using one’s will power and determination, i.e. forcing oneself against the carnal desires of one’s lower self

He asked those present:

I have read in Hakim al Umma Thanvi’s (Allah’s mercy be upon him) discourses that sins of the eyes are so destructive that their effect can cause the beneficial effects of all the recitations, prayers, and other forms of worship become null and void.

If a slave is sincerely doing the two things I have mentioned then nothing will cause his actions to go to waste. Rather, take note– this is not an invitation to sin– but if a person, after making his best effort and sincerely asking Allah for help, slips and commits a sin, then the subsequent Tawba will elevate his status.

My Shaikh Dr Abdul Hayy Arifi (May his secret be sanctified) was a lawyer by profession. But he was uncomfortable with this profession as sometimes he would have to be involved in cases where his role in the case would be doubtful or disliked from Shariah point of view. He finally decided to quit and become a homeopathic doctor instead. He informed Hakim al Umma Thanvi (Allah’s mercy be upon him) about this decision.

Hakim al Umma (Allah’s mercy be upon him) replied:“I was waiting for this.

And now I give you ijazet-e-baiyat.”

Anyway, when respected Dr Abdul Hayy Arifi (Allah have mercy on him) started his clinic all sorts of people would come to him, including women who wore clothes which were contrary to Shariah. He became worried that he left his profession as a lawyer to avoid doing anything contrary to Shariah, now he has fallen into another problem! He wrote to Hakim al Umma regarding his predicament.

1. Force yourself to avoid looking at non-Mahram females with the intention of deriving pleasure

2. Sincerely, humbly, and with all humility, ask Allah for protection from falling into his disobedience. 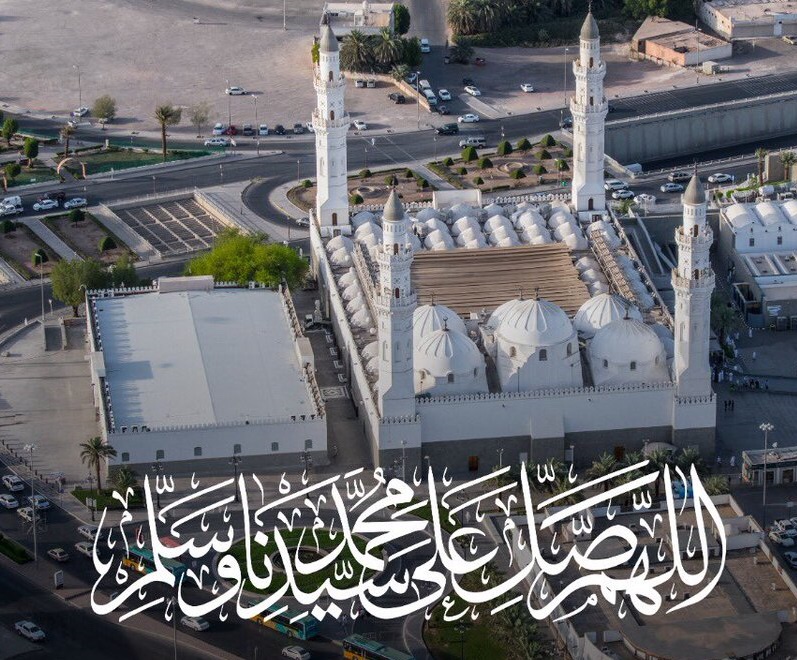 After the adhan of Asar, it was noticed that Sayyidi wa sanadi Mufti Mohammed Taqi Usmani ( Allah preserve & protect him) recited more supplications than the well-known supplications to be recited after adhan.

“You all must be reciting the Sunnah supplication after adhan. Besides that, it comes in a Hadith:

“The supplication is not rejected between the Adhan and the Iqamah.” They said: “So what should we say, O Messenger of Allah (ﷺ)?” He said: “Ask Allah for Al-`Afiyah in this world and in the Hereafter.”

Shaykh continued: “To attain this blessing, one can make it a habit to recite the following dua immediately after the well-known dua after azan:

O Allah, I ask You for forgiveness and afiyah (well-being) in my religious and my worldly affairs.

“Note: The following supplications are narrated in Ahadith to be recited after Azan:

Mudawamat (regularity) is effective by itself. There is no alternative to being regular in one’s daily  ma’moolat (recitations, prayers, recitation of Quran, etc.) except by forcing oneself.

Our respected teacher Maulana Rasheed Ahmad used to quote from Maulana Khair Muhammad (May Allah’s mercy be upon them both):

“The excuse that I am not regular in my ma’moolat because of being busy is a sign of lack of importance given to the ma’moolat.”

It means you did not include your ma’moolat in the list of things which keep you busy.” 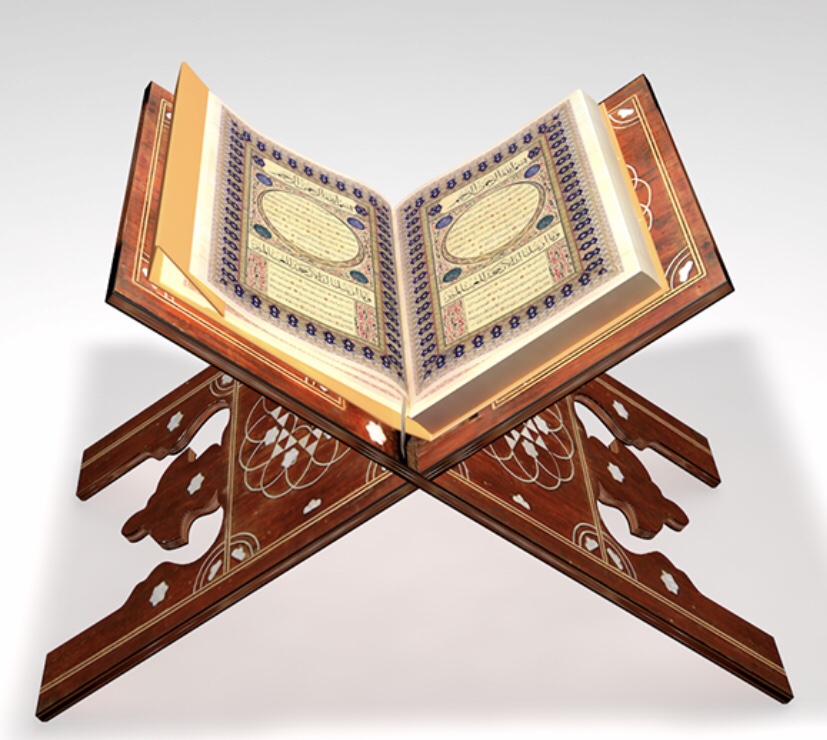 ‘Everyday I come closer and closer to my death.’ 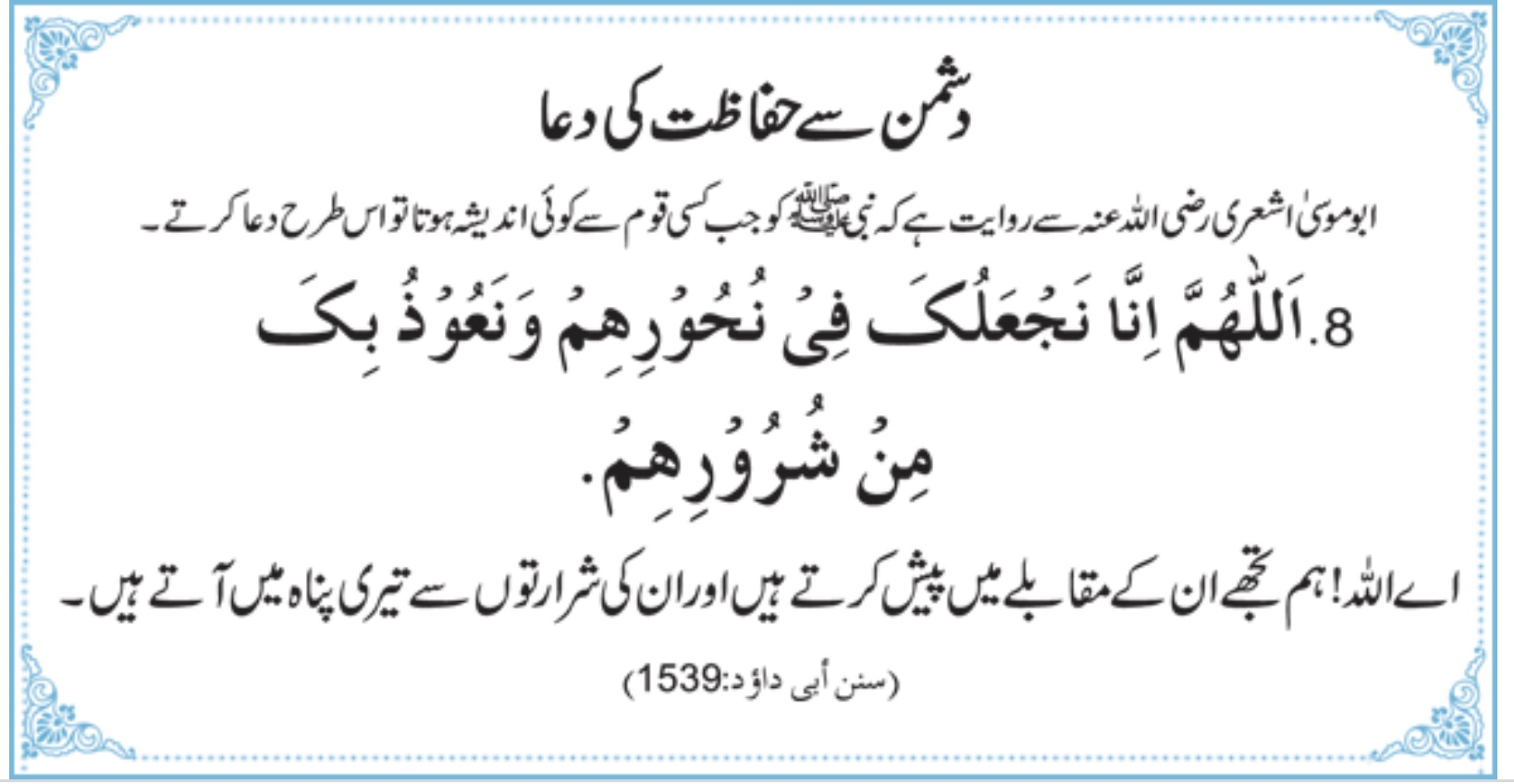 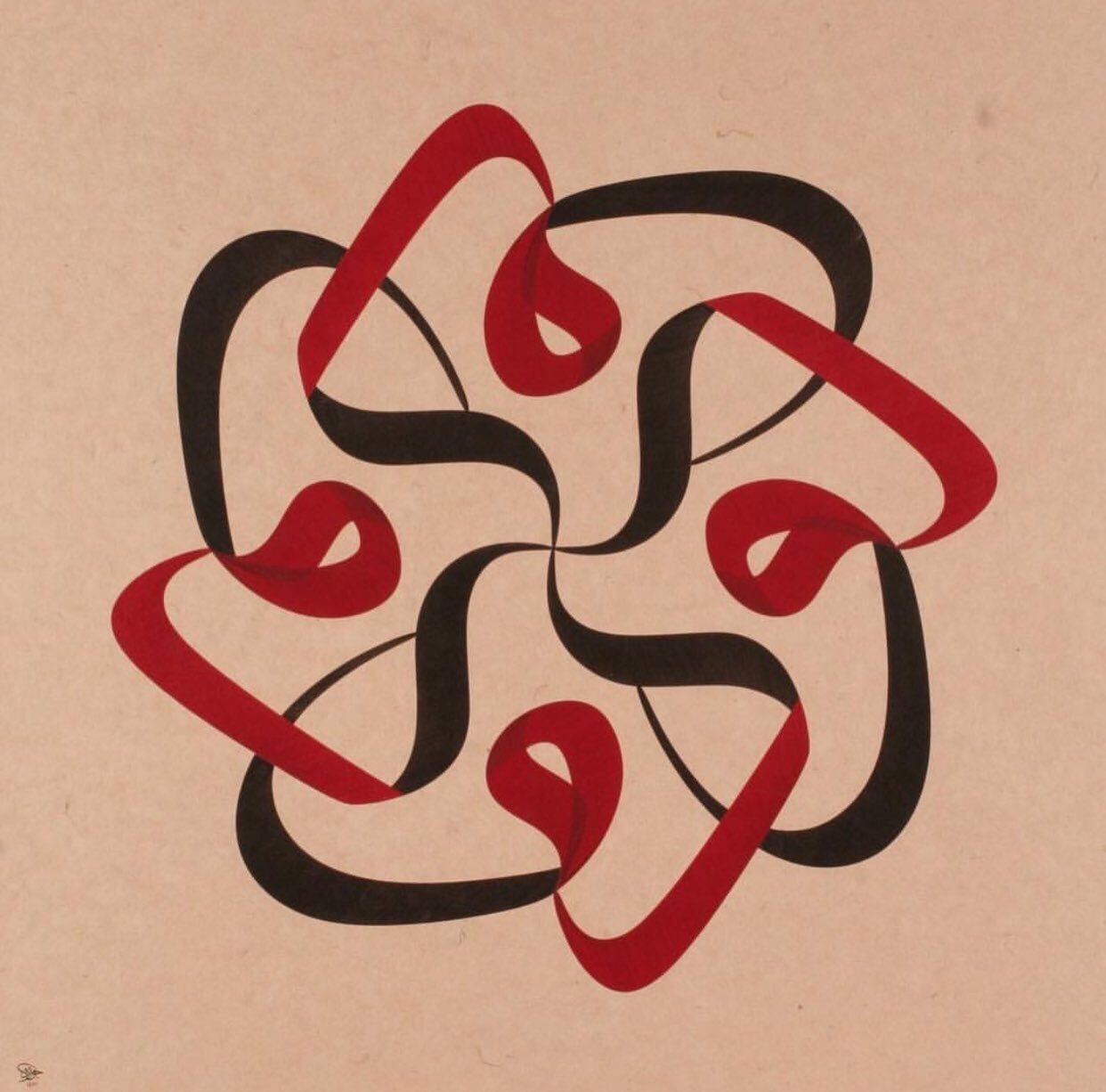 2. Repentance from all previous sinful activities

3. Completion of repentance. That is, compensating (qaza) the lapsed essential (fardh) and recommendable (wajibaat).

5. Abandonment of all that is useless and sinful

6. Adopting a daily routine of extra good actions (wird) as instructed by the Shaikh. They include,

a. Excessive remembrance of Allah (dhikr)

7. Rectifying the blameworthy morals traits by consulting the Shaikh regularly

Haphazard activities usually results in waste of time and effort.

May Allah facilitate it for all of us. Ameen! 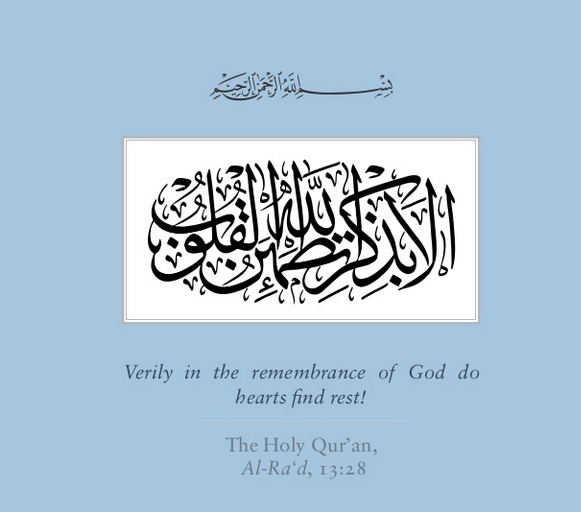 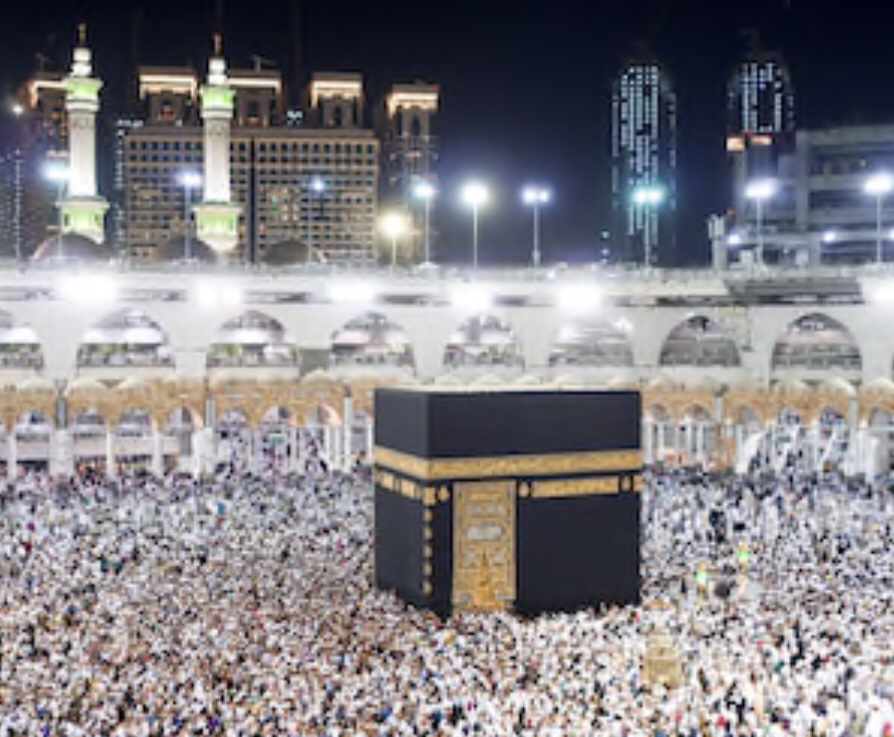 ‘By Allah’s tawfeeq during tawaf I ask Allah that He accepts for us from all the supplication made here by the Prophets (Allah’s peace & blessings be upon them all), their (families &) Companions (Allah be pleased with them) , the elite chosen friends (awliya) and all the Muslims (Allah have mercy on them all) whatever is most appropriate for us. Ameen!’

Masjid al Haraam, Makkah e mukarramah. Mataf, as he passed by muqam-e-Sayyidina Ibraheem (peace be upon him). After esah. 9th January 2019

‘Dear brother, keep up with your daily (good) activities irrespective of feeling any spiritual results or affects. These activities themselves are the goal.

In Urdu verses I have conveyed this

(When traveling on the path of love why lust for the destination,

Here exhaustion from tiredness is the destination itself).

One who continues to work diligently is eventually bestowed with Divinely grace (Allah’s fazal). ‘

One fortunate day, I was blessed with the opportunity to accompany Shaykh Mufti Muhammad Taqi Usmani on a Nikah ceremony that was to be conducted in a vicinity near Darul’Uloom Karachi (1).

To obtain his permission for accompanying him, I was waiting for him outside his residence. His car was parked at his doorstep and in its direction, his driver had opened a car door in anticipation of his arrival.

When he stepped out of of his home, l quickly moved towards him to seek his permission. As soon as he saw me approaching towards the car, he moved around the car while leaving the opened door for me. Seeing this, I was absolutely dumbfounded and I tried to gather my confidence to utter ‘Hazrat can I accompany you?’. He plainly replied ‘Yes, sure!’, while indicating towards the opened door. While I was still gazing at him in amazement, he casually opened the door on his side and got in to the car. Feeling immensely humbled, I too followed the suit by using the door that had originally been opened for him.

Thus I sat with the Shaykh on the back seat of the car (Alhamdulillāh for such a privilege). I had planned to consult him regarding a personal matter in brief but I thought to wait for him to settle well in the car before beginning to talk. Meanwhile, I was hoping that my amazement and excitement will also settle, allowing me to start the talk.

However, I noticed that as soon as the Shaykh entered the car, he didn’t let a minute of his to go in vain. He quickly started reading out some Du’aas (for protection) from a booklet. Immediately afterwards, he took out his smart phone and started reciting Qur’an on it! Since my matter wasn’t urgent, I thought to wait for him to get free.

When we reached the Masjid, where the Nikah was to be held, the Shaykh was welcomed by a crowd (which appeared large in that congested locality). He led the ‘Asr Salāh which was followed by the Nikāh. Thereafter, the same crowd accompanied him towards the car.

In a zigzag fashion, I too navigated my way through the crowd to reach the car, eager to find the Shaykh available to talk this time. Interestingly, but no longer surprisingly, he resumed his recitation as soon as he reentered the car.

It was when we entered Darul’Uloom again (and thus were about to reach Shaykh’s residence in a minute), the Shaykh finally kept his cell phone back in his pocket. Fearing that he might engage in another form of Zikr (remembrance of Allah), I took a quick breath, gathered my strength and and spoke up to put forth my query to him, while gasping between my broken words. He listened patiently and then replied to me in a polite and satisfactory manner.

Alhamdulillāh, thus I was able to experience a brief, yet an immensely lesson full, meeting with Shaykh Mufti Taqi Usmani (may Allah Ta’ālā preserve him and allow us to benefit from him). 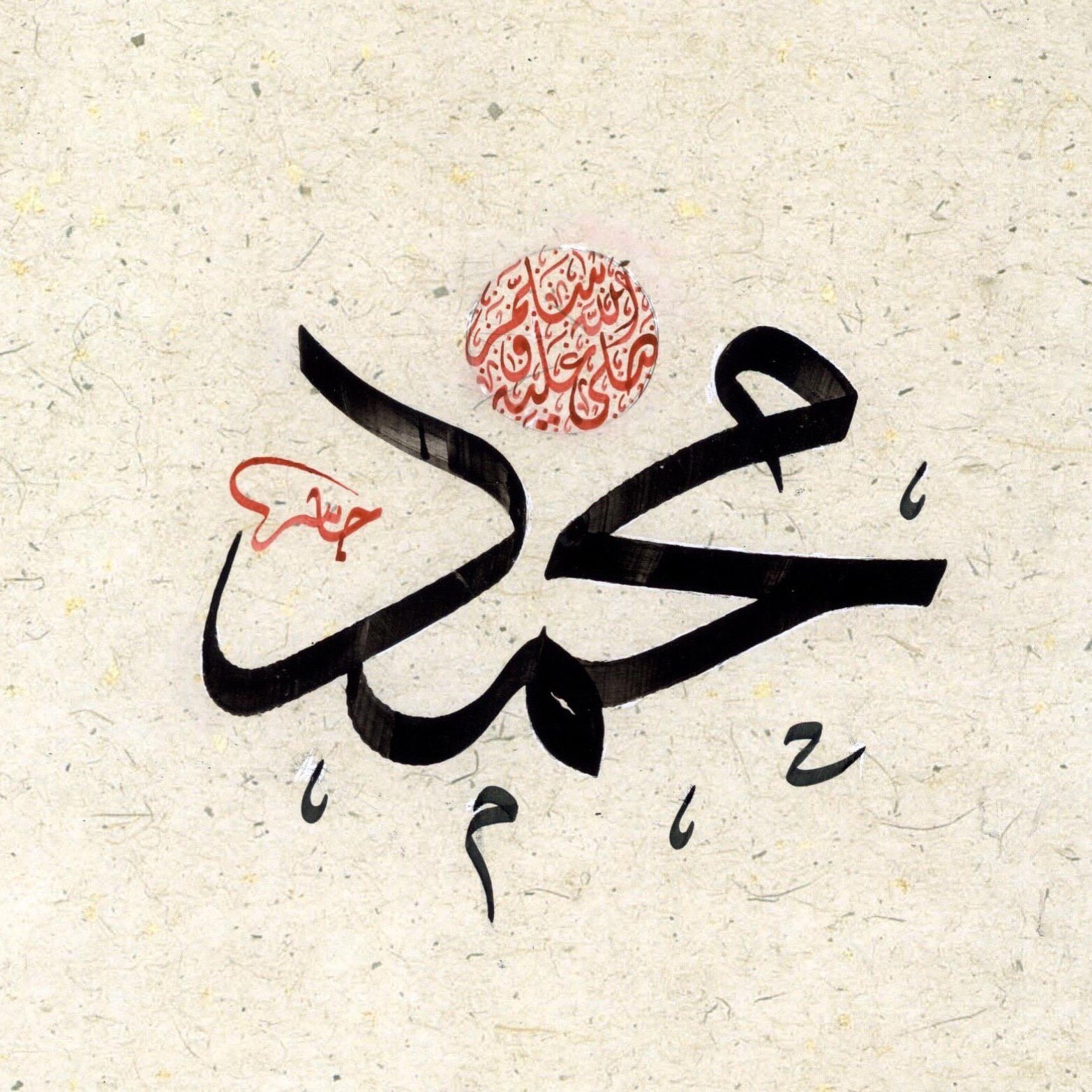 The purpose of self-reformation is to acquire the pleasure of Allah. In order for one to gain self-reformation, one requires two things; knowledge of the path and correct application of this knowledge. Self-reformation will be obtained through one adhering to the laws of Shariah in accordance to the Sunnah, regardless of whether the laws pertain to our external actions or internal.

In acquiring self-reformation, there are two things that will assist one greatly; remaining in zikr at all times, and remaining in the company of the pious servants of Allah as much as one is able to. If it is difficult for one to remain in the company of the pious all the time, then the substitute is for one to study the lives of our pious predecessors and their advices.

One should refrain from two things as they are the cause of impeding one’s progress; falling into sins and becoming involved in futile activities.

Together with the above, one will only be able to derive full benefit if one regularly reports his condition to his spiritual guide and sheikh (person under whose supervision he is carrying out his self-reformation).

After adopting the necessary procedures in self-reformation, each person will progress and receive blessings from Allah in accordance to his capacity and the level of commitment and dedication he shows. This is the essence of the path of self-reformation. 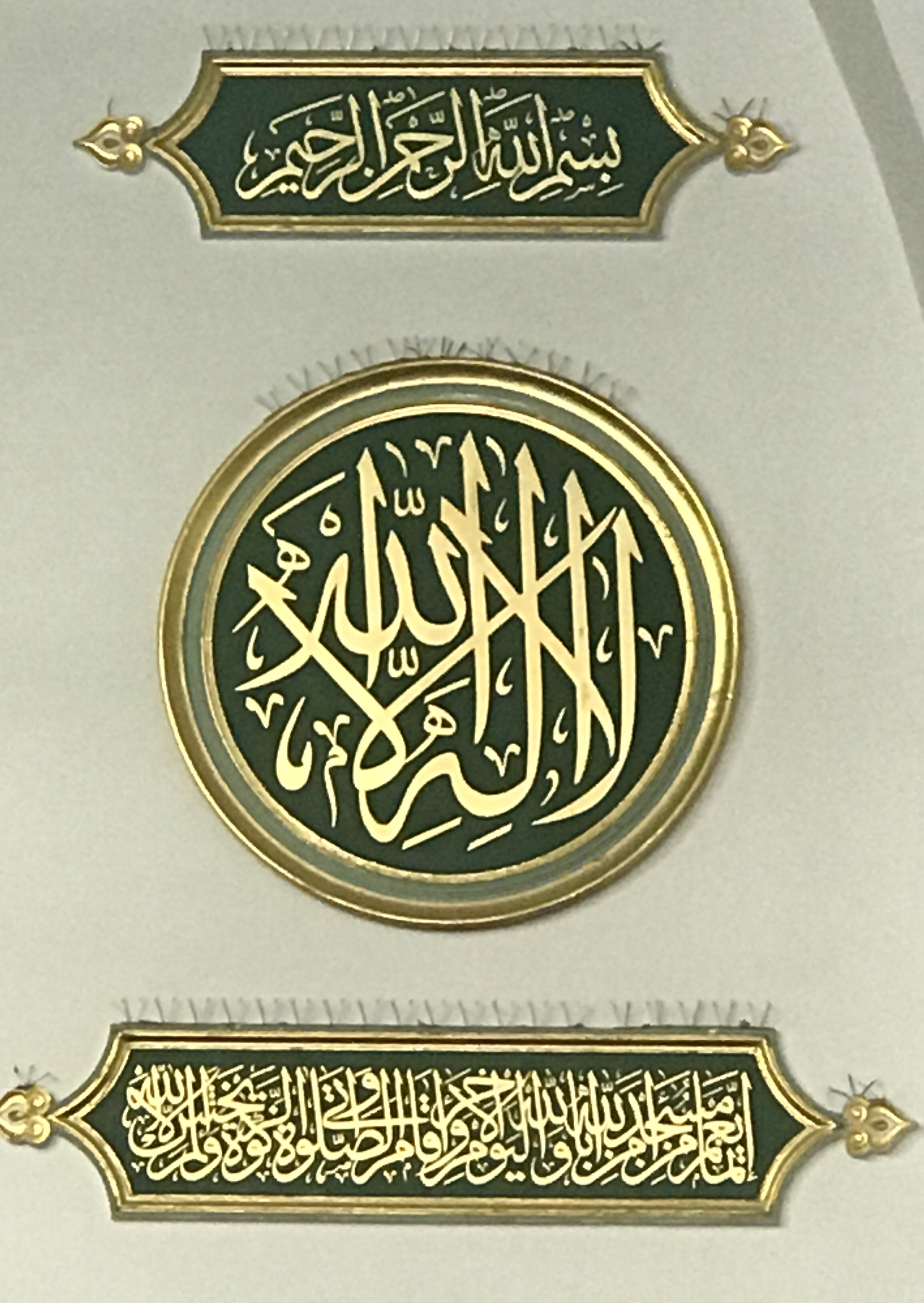 Shaykh Khalid Kurdi (Allah have mercy on him) said that in the blessed city of Madinah he requested a Yemeni Shaykh for dua and advice prior to departing for Makkah mukarramah.

The Yemeni Shaykh made dua for him and instructed,

‘Do not waste time there.

Use it effectively in tawaf, supererogatory salah, recitation of Holy Quran, remembrance of Allah (dhikr) or performing your missed (qaza) salah.

Moreover, under all circumstances avoid all (even in your thoughts), criticism of, and argumentation with, anyone in the Holy precinct of Makkah.

Be busy with your own work. ‘