The global Coronavirus pandemic, unimaginable lockdown and numerous deaths makes us wonder if this is a sign of Allah’s wrath.

The ‘arifeen (gnostic) make it clear that in disasters like this a blanket statement can not be made.

Each and every individual has to reflect and see his/her own condition. And then make a judgement for him/her-self.

If his devotion towards Allah has increased in form of excessive dua(supplications) shukr (thankfulness), asking refuge for the future apprehensions, repenting from all that is sinful, making up for the past misgivings, being steadfast on good actions in all circumstances and becoming a better human being then this calamity is a blessing for him in disguise, indeed.

However, if this is not the case and one continues with his/her heedlessness and sinful activities then it is a ‘calamity’ (qahr) for him/her indeed.

May Allah protect us all from falling into the second category.

May Allah protect us all from this pandemic with afiyet.

‘One of the benefits to derive from staying at home (during lockdown) is to accomplish those tasks that were left behind due to busy daily schedule.

Like understanding the translation and tafseer (exegesis) of Holy Quran and learning the Sunna of Holy Prophet (Allah bless him and grant him peace) and trying to act on them.’

Muadh bin Jabal (Allah be pleased with them) related that our Master Messenger of Allah (Allah bless him and give him peace) said,

The Coronavirus pandemic is here.

We have to do the following

Turn to Allah by repenting from all sinful activities, leaving them immediately and making a firm determination of not committing them ever again.

Taking expert medical advice seriously. It is a religious obligation to maintain health.

Remember all gatherings have to be avoided.

It is the time for seclusion (uzlah).

May Allah facilitate all for us and stop this pandemic with afiyet. Ameen!

To develop in a seeker the concern for establishment of Deen (in one’s life) and regard of permissible & impermissible is the real karamah of the Shaykh and explicit proof of his spiritual blessings and benefits.

Hazrat Moulana Ashraf Ali Thanwi (Allah have mercy on him) once mentioned:

Greed is the root cause of all problems. It is such an evil trait and spiritual malady that it should be regarded as the mother of all spiritual maladies. It is on account of greed that disputes and fights occur, and it is on account of greed that most of the court cases take place. If it was not for the greed of wealth, then no person would have trampled the rights of the next.

A very close student, relative, Mufti and scholar enquired that an individual who has benefited from him wants to establish an islahi ta’luq (relationship for self reformation) with him.

‘The individual with whom an islahi ta’luq is made must himself have had a proper islahi ta’luq with someone (Shaikh) and had received (explicit) permission (ijazet) to do so.

(As this is not possible here) You can continue to benefit him as a scholar-friend without any formal Shaikh-talib setting.’

Some people are so miserly and self-centred that they make every arrangement for their own comfort – shoes, food, clothing, etc. – yet they have no worry or concern for whether others are dying or undergoing distress.

Hazrat Moulana Ashraf Ali Thanwi (rahmatullahi ‘alaih) then mentioned, “Generally, these types of excuses are made by people who do not wish to do anything.” 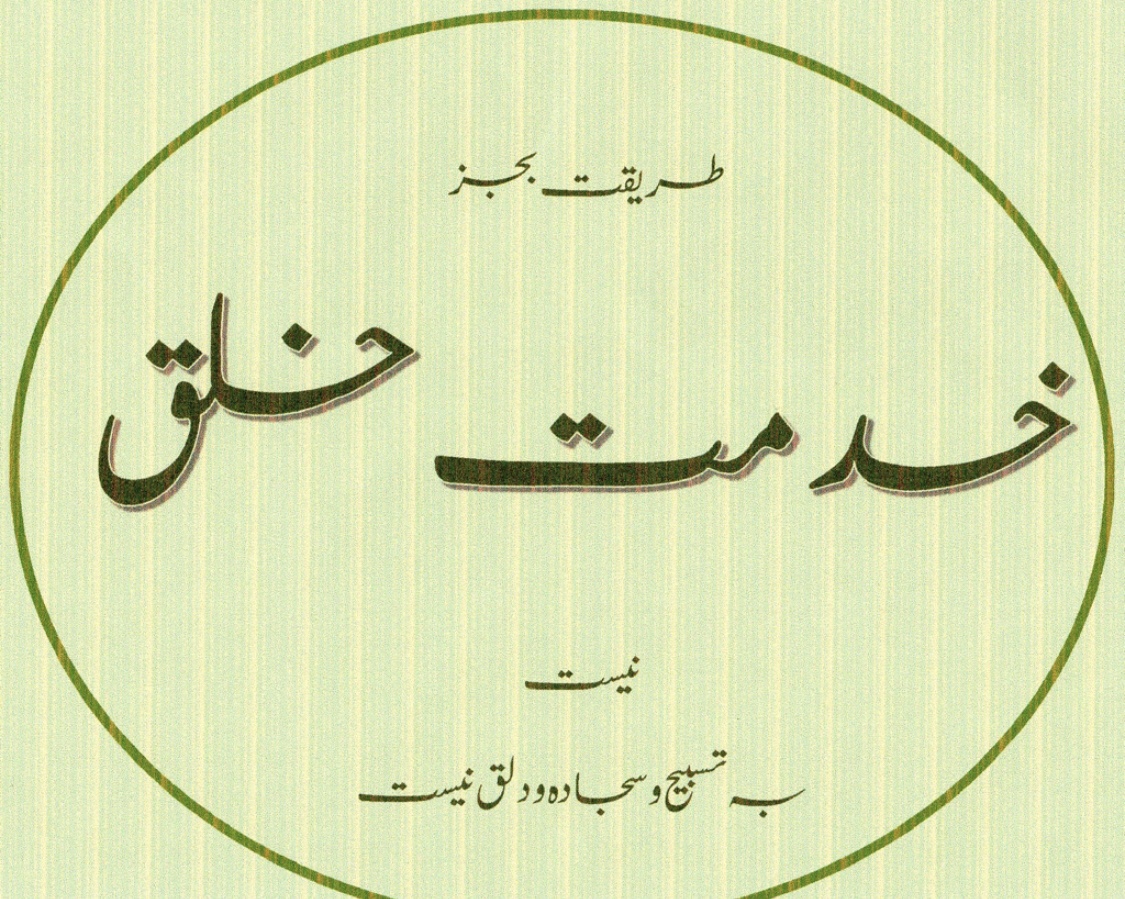 You have returned back home leaving a good salary. Here work with the intention of helping others (khidmet e khalq). (That is, earning money should not be the primary objective). May Allah facilitate it for you. Ameen!’

An individual mentioned about a job offer abroad.

Sayyidi wa sanadi Mufti Mohammed Taqi Usmani (Allah protect & preserve him) inquired regarding his present job. On coming to know that he was satisfied in the current situation he said,

Our master Ali (Allah be pleased him) said, ‘It is a blessing for an individual to find his livelihood in his hometown. ‘

A senior mureed (khalifa of another senior late Shaykh) complained about difficulty in completing the daily wird (recitations, tasbihat, etc.)

‘One has to force him/herself to do these.
There is no other way.

This is the Sulook!

Initially make sure that you set the amount of daily recitations (wird) according to the time available in your schedule. Then stick to it. ‘

What does giving bayah to a shaykh include?

Following answer was given,

Baiyet or bayah or Ahed is a solemn pledge. It hallmarks an agreement between the Sheikh and a spiritual aspirant. That is, in order to gain Allah swt’spleasure the aspirant agrees to receive and obey the guidance and instruction from the Sheikh. And the Sheikh kindly accepts to direct him accordingly.

This is the reality of ba’iyet.

Outwardly it takes the form of holding the hand of the Sheikh, who recites some Quranic verses, hadithand ask the mureed to repent for all previous sins and make a solemn affirmation of not committing them ever again. Also he announces that the aspirant is now a member of xyzSufi order. Then he instructs him accordingly.

Indeed, this outwardly form of baiyet is filled with barakah. Being a Sunnah (ghair muakkidah) and the practice of saintly elders it has its own benefits. It is not an ordinary thing.

However, without the above mentioned reality it is a form devoid of soul.

History of religions is evident of the fact that with passage of time and spiritual decline means become goals by themselves and realities are ignored. Rituals and ceremonies eclipse the real meaning intended.

Same has happened with Tasawwuf. Ba’yit has become a ceremony. It is considered to be a goal by itself. This is not the correct teaching of Tasawwuf. Essential thing is continuously receiving instructions and acting on them as guided.

For this reason, in our tariq, ba’yit is deferred initially. The instruction and guidance starts immediately. However, the ba’yit is as a principle is delayed till the Sheikh is satisfied that the individual is sincere to follow the path and is doing so to the best of his ability. And, moreover, the potential mureed understands and agrees with the methodology of the Sheikh and himself acknowledges increasing benefit from these instructions.

This time period may be days or years.

The best deal is: Try before you buy.

Once the potential mureed sees himself grow spiritually, the real importance of ba’yit will become evident to him. However, if such is not the case, he will be free to try his luck somewhere else.

In his exegesis of ‘Risala-e-Makkiyah’ Shaikh Saad ud Deen (Allah have mercy on him) said,

If due to one’s unawareness one becomes a mureed or pledges spiritual convent (biayah) at the evil hands of an ignorant innovator (Shaykh) or accepts his khilafet then it is (essential) to (break these connections) and go to a true Shaykh and renew the biayah to avoid going astray.